Relief Campaigns
Donate to IICF
← Back to News

·          The United Kingdom Division of the Insurance Industry Charitable Foundation (IICF), a unique nonprofit organisation dedicated to helping communities and enriching lives, will host its sixth anniversary Gala Dinner on 18 October at Drapers’ Hall in London.

·          This annual event will convene insurance industry professionals and leaders, along with representatives of local nonprofits and featured guests, to celebrate the industry’s collective impact in the community.

·          The event aims to also raise valuable funds for charities helping to create better futures for people facing disadvantage throughout England and Scotland.

·          Dawn Miller, Commercial Director at Lloyd’s of London, leads the IICF’s UK Board of Directors (the Board), which is hosting the Gala.

The IICF has announced an anonymous grant of £20,000 to enhance proceeds for charity at the annual UK Gala Dinner. The Gala will feature keynote remarks from John Amaechi, OBE, author of The Sunday Times bestseller “The Promise of Giants”, an auction hosted by television presenter Jonty Hearnden and a speech from Douglas Samuel MBE, CEO of IICF’s charity partner Spartans CFA.

The event is made possible through sponsorship from Capgemini, CNA Hardy and Weightmans and through the leadership of the Board, which features representatives from leading insurers and related businesses including AIG, AXA XL, Axco, Berkshire Hathaway Specialty Insurance, Brandex Insight, Chubb, Connect Underwriting, Marsh and Weightmans. Collectively, these companies have helped raise nearly £1m for IICF’s local community grants programme.

The Board is led by Dawn Miller, Commercial Director at Lloyd’s of London. Dawn Miller served as a board member for three years before being named Chair of the IICF UK Board of Directors and has been instrumental in the success of IICF in the UK during that time. Dawn is also a member of the IICF International Board of Governors, and successfully involved nearly twenty countries in the IICF’s annual International Step Up Challenge for charity. In her role as Board Chair, Dawn champions the UK Division’s philanthropic initiatives and helps to build a broader base of membership.

Asked about her work as Chair, Dawn said:

“The vision of the IICF in the UK is to be a catalyst for impactful charitable giving as well as inspiring people in insurance to make a positive difference in local communities. I am personally inspired by this vision and the powerful impact we’ve made in the lives of vulnerable people to excel at school, find meaningful employment and make a new start in life through IICF giving initiatives.

“As we continue to involve more businesses on the Board here in the UK, we hope to provide the industry with opportunities to make a difference, access diverse talent and ultimately help build a more sustainable industry.”

“Dawn is a widely respected international insurance leader and her leadership in enhancing our charitable profile and growing the number of insurance businesses supporting IICF UK is invaluable. These efforts allow us to directly help charities advancing social mobility and helping people facing disadvantage.”

The IICF UK is further supported by Lloyd’s in the US (where the four other divisions of the Foundation are based), with Hank Watkins, Regional Director and President, Lloyd’s Americas, serving as the Chair of the IICF International Board of Governors and member of the IICF Northeast Division Board of Directors.

Since launching in 2015, the IICF UK has helped change the lives of more than 6,000 people in England and Scotland through its grants to 25 non-profit organisations who advance social mobility. The division is based in London and in addition to the UK Division Board of Directors, includes an Associate Board of 25 young professionals and four Affiliate Members - small businesses and companies at the early stages of their CSR journey.

The IICF United Kingdom is one of five divisions of the Insurance Industry Charitable Foundation, with four based in the US. The IICF has granted a total of £30 million globally since its inception in 1994.

·          Dawn Miller holds the role of Commercia Director for Lloyd’s of London. She joined Lloyd’s from Chubb, where she was Regional Executive Officer, Central Region and Country President for Switzerland, based in Zurich.

·          Prior to joining Chubb, she was President and CEO of AXA Insurance Company in New York and held a variety of market-facing leadership roles at AIG in Europe, the Gulf region, and the United States, and spent several years in the Central/Eastern European energy sector as an entrepreneur.

·          Dawn also sits on the Steering Committee forMaths4Girls and the Executive Council of International Insurance Society (IIS)and is a member of Chatham House.

About the Insurance Industry Charitable Foundation (IICF) The Insurance Industry Charitable Foundation(IICF) is a unique nonprofit that unites the collective strengths of the insurance industry to help communities and enrich lives through grants, volunteer service and leadership. Established in 1994, IICF has served as the philanthropic foundation of the insurance industry for more nearly thirty years, representing more than 600 companies internationally and contributing £30 million in community grants, along with 300,000 volunteer hours by more than 110,000 industry professionals. IICF reinvests locally where funds are raised, serving hundreds of charities and nonprofit organizations, for maximum community impact. IICF is a registered nonprofit organization under section 501(c)(3) of the IRS code. Learn more at www.iicf.org or follow us on social media: @doubleicf. 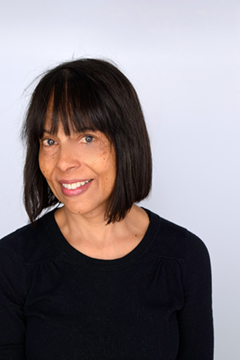 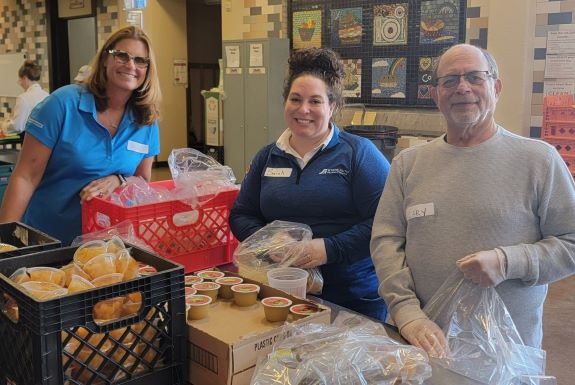